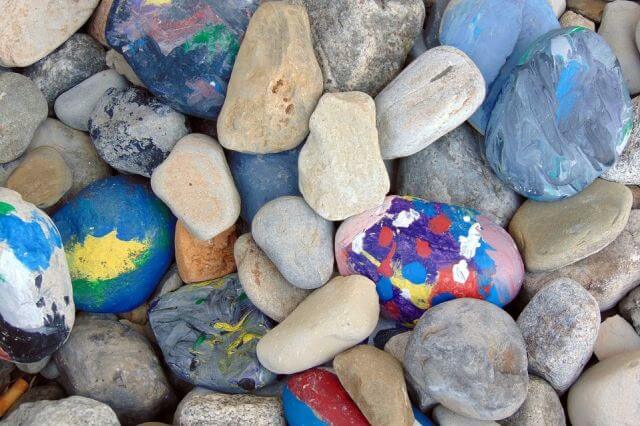 Painting rocks is probably one of the biggest art crazes that we’ve seen in recent times. All over social media and even traditional media, reports and pictures of painted rocks seen in public spaces and in nature are aplenty, and though it might bring a smile to a stranger’s face to pick up a cute rock with a beautiful design on it – too much of a good thing can be a bad thing. Case in point – the overabundance of painted rocks in communities.

Why Painting Rocks Is Bad?

All over the world, kids and adults of all ages have been taking part in this new creative activity, and while some have gone to great lengths to painstakingly create beautiful artworks and hiding them in plain sight with the intention of spreading joy and positivity – some people may find it a nuisance, especially if they are placed in private properties.

Is Painting Rocks Bad For The Environment

With all the good that’s been said about painting rocks, it might come as a surprise to imagine that this innocent and fun artistic endeavor might be the cause of some bad news. We look at some of the ways painting rocks might be considered bad for the environment, and how to avoid such situations so that you can fully enjoy your painting rock hobby and share it with others – without the guilt.

Painted Rocks Are Viewed As Trash

Painted rocks are often hidden, to be found in scavenger hunts, in natural areas such as public parks, nature reserves, and gardens where you’ll find them side by side with regular unpainted rocks. While the kindness movement (the movement that gets people to paint and hide their rocks for others to find) seeks to spread happiness and positivity through the medium of art, brightly colored rocks may disrupt the natural landscape of a particular forest area, for example.

One or two painted rocks in a small area might be ok, but if there is an overflow of brightly colored rocks in the wild, it will turn into an eyesore and interrupt the sense of wildness that a visitor to a park or a forest is looking for.

Painted rocks that are left behind in private properties are also the bane of the property owners, who aren’t all that happy with people leaving behind random colorful rocks all around their homes or businesses. This means that in the eyes of such people, painted rocks are viewed as trash, rather than pieces of art that are used to spread a positive message around the world.

Why Painting Rocks Is Bad

Now let’s look at some of the impacts that painted rocks might have on the natural world around them.

To create a painted rock, the most important tool to have is – paint! And the most commonly used paint in this creative activity is acrylic paint. Although it isn’t as toxic and does not produce heavy fumes like oil paints, the polymers, plasticizers and emulsions found in acrylic paint still produce tiny amounts of toxicity that don’t really belong in a natural environment such as being in grass, wood, or soil.

Additionally, painting rocks and hiding them outdoors requires the finishing step of adding a sealant on their piece of artwork. Sealants help to protect the rock artworks from degrading due to the changing of seasons and weather patterns so that the painted rock remains vibrant and shiny throughout its entire lifetime. These waterproof and UV-proof sealants however contain toxic materials that may affect the flora and fauna of the wildlife around them, adding on to the detriment of the environment if too many of them are placed in a particular area.

This is why leave-no-trace rules are enforced in natural parks and forests all over the U.S.A, and in most countries worldwide. Although the rules are mostly to curb littering from errant campers and visitors, this applies to painted rocks as well, which can be detrimental to the natural environment if too many painted rocks are left behind in such spaces. 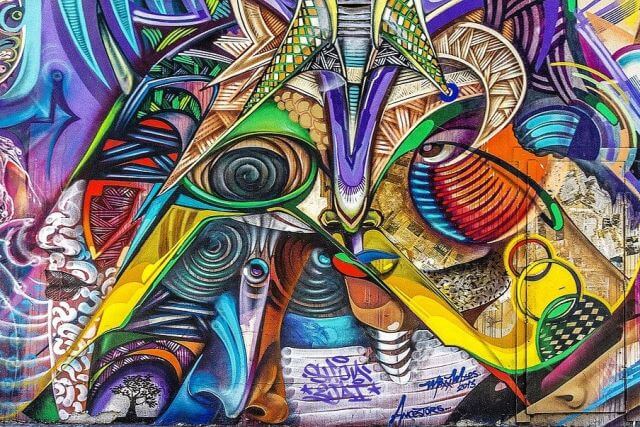 Ways To Create Less Impact On The Environment While Painting Rocks

Here are some ways that any budding rock painter can create less impact on the environment while still enjoying your new craft hobby and spreading positivity to strangers all over the world through your tiny rock masterpieces.

Do your best to research non-toxic materials to use

If you’re planning on painting lots of rocks, always research before you purchase any materials. Regular acrylic or oil paints are fine when used in artrooms or studios, but you’ll be placing your painted rocks side by side with nature, so it’s always a good idea to pick materials that are certified non-toxic and are not harmful to nature.

Do Not USe Glitter And Other Plastic Stuff On Rocks

Avoid glitter, plastic beads, little wiggly eyes, or any other plastic embellishments to decorate your rocks. All of these things can peel off and are harmful to wildlife if ingested or swallowed. They also contribute to pollution of the environment and oceans since plastics are not biodegradable and remain in the environment as micro-plastic.

To avoid giving rock painting a bad name in your local community, don’t leave your painted rocks behind in private properties or around business premises (unless you have the owner’s explicit permission!). This mutual understanding will help to ease any tension that might occur between the rock painting community and homeowners or business owners who might otherwise see this joyful activity as an eyesore.

The leave-no-trace rules in national parks and forests are there for a reason, and no matter how noble your intentions are, the rules apply to everybody with no exceptions allowed. This is to prevent any confusion with the rules – if you start leaving behind painted rocks and everybody else follows suit, what’s to stop the litterbugs from justifying their actions because leaving behind painted rocks is now allowed?

So how bad is Rock Painting

Painting rocks and hiding them is a fun, fulfilling activity that has, unfortunately, in some communities, turned into an eyesore. Errant rock painters have caused those with good intentions to be tarred with the same brush, and as a result, rock painting is fast becoming an activity with very divided opinions from outsiders.

So, to answer the question: rock painting can be bad for the environment. However, it is up to the individual to decide to take the best preparations, resources, and actions in order to partake in this fun activity while causing the least harm to the environment around them.