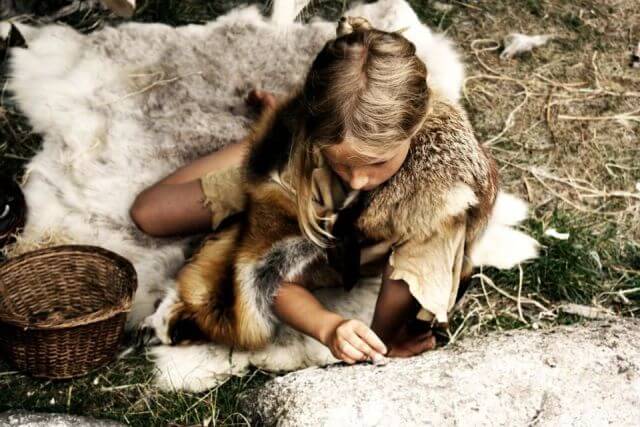 If there’s one thing that our prehistoric ancestors have done that has stood the test of time, it is the paintings that they left behind in their cave dwellings and on natural rock faces all over the world, that are still visible today. The most popular painted caves found in places like southern France (Lascaux, Rouffignac, Pech Merle, etc) hold some of the most awe-inspiring prehistoric artwork that still delights and inspires visitors, tens of thousands of years after they were originally made.

But with all the detail and grandeur that prehistoric artworks possess, one can’t help but to ask the question: why did cavemen paint? Were they looking to communicate with other cavemen, or to a higher power invisible to the eye? Did they want to leave behind important messages to the future generations of their human children? Or were they simply just bored one afternoon and decided to go into an all-out paint fest?

Why Did Cavemen Paint?

There has been much research about this topic, and while there is still so much yet to be discovered about our prehistoric human ancestors and how they lived their lives, archaeology and research have unearthed some pretty strong plausibilities about why cavemen painted on their cave walls, on rock faces, and on natural rock formations.

What Did Cavemen Paint?

The cavemen were known to prefer to paint a particular kind of image – and that is images of animals. Bulls, boars, mammoths, horses, and bison are some of the most common animal drawings found in cave walls. Because they survived by hunting, these animals were probably the most common thing they saw as they lived their day to day life in that particular point in time of our Earth’s history.

Apart from animals, cavemen also painted things found in the natural world such as crops, plants, and depictions of daily life in the communities they lived in together. They also painted prints of their palms on the walls of caves, often grouped in large numbers, with as many as hundreds in the same area.

One more type of image that the cavemen used to paint on their cave walls are individual symbols and shapes that do not resemble animals, humans, or daily life. This has become one of the hottest subjects for historians, archaeologists and anthropologists want to understand, as once these seemingly unliked, random symbols are deciphered, this could mean a large leap forward in the field of prehistoric archaeology and research. 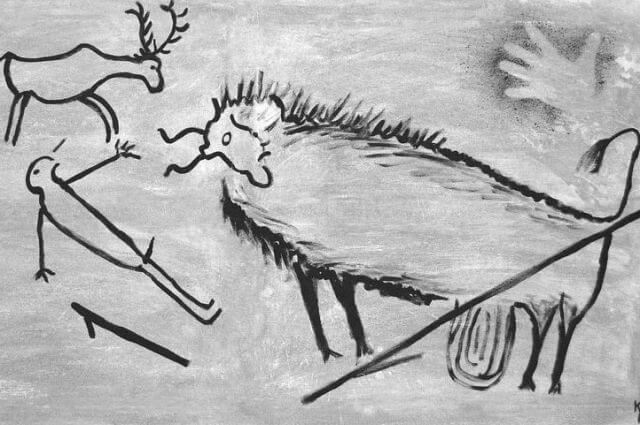 Why Did Cavemen Paint?

To understand why cavemen painted, we have to first understand their daily lives and their beliefs. Cavemen formed strong, tightly-knit communities that became stronger with each new member or newborn. These newborns were highly protected, as they were the ones who would soon grow up to become a productive adult to join in what was arguably the most important activity to a paleolithic society – hunting.

Experts believe that our earliest human ancestors had a kind of shamanistic belief that enabled them to achieve a successful hunt if they communicated with invisible spirits that lived among them. The best way to communicate with these spirits was through the medium of art –  which is why we often see depictions of animals on cave paintings. Having these animals painted on the walls of their dwellings enabled them to exert a kind of magic power over their prey, while ensuring that the spirits helped them to keep the populations of their prey fertile so that they wouldn’t starve where they settled.

Another reason why they painted animals was to celebrate a successful hunt – for example, if a group of cavemen successfully took down a huge bison, or a wooly mammoth, that would pretty much mean that they wouldn’t have to worry about food for many weeks to come – subject to the size of their bands and communities.

To celebrate, they would paint a large picture of their prey, so that they can tell tales to the rest of their communities all about their successful hunts. This is quite possibly the earliest example of inter-generational storytelling – something that we as modern humans still do very well today!

Some research has also lent itself to the idea that cavemen painted particular shapes and symbols to communicate with other transients who were passing through. Although there is still a lot more to discover about this, the fact that our prehistoric human ancestors had a rudimentary yet effective mode of writing and drawing to communicate with other cavemen from other bands and communities is a very interesting one.

It has to be said that whenever we put our paint on a rock, we’re pretty much tapping into a kind of primal human instinct that has been in our DNA for tens of thousands of years. Although our modern world today is jam-packed full of technology like smartphones, laptops, and wireless everything, rock painting has the ability to truly unlock this instinct and help us lead a more naturally fulfilling life.

The fact that we are encouraged to share the kindness and joy of rock painting by hiding our creations and letting others find and keep them is reminiscent of the propensity of our prehistoric ancestors to protect and care for their fellow man, whether it be physically, or emotionally.

The paintings of cavemen and the painted rocks of today share a lot more in common than we previously thought, and that is a really cool fact. Once we start rock painting, we tend to get hooked to the way this creative activity kind of ticks all the right boxes in the mental state, relaxing us and getting us into full “flow” mode.

And just like the prehistoric cavemen that lived on this earth long before we were born, the profound joy of painting on a natural canvas such as a rock will continue to attract new participants of all ages, transcending national, cultural, and language barriers so that we can all go back to being more human in a modern, digital world.