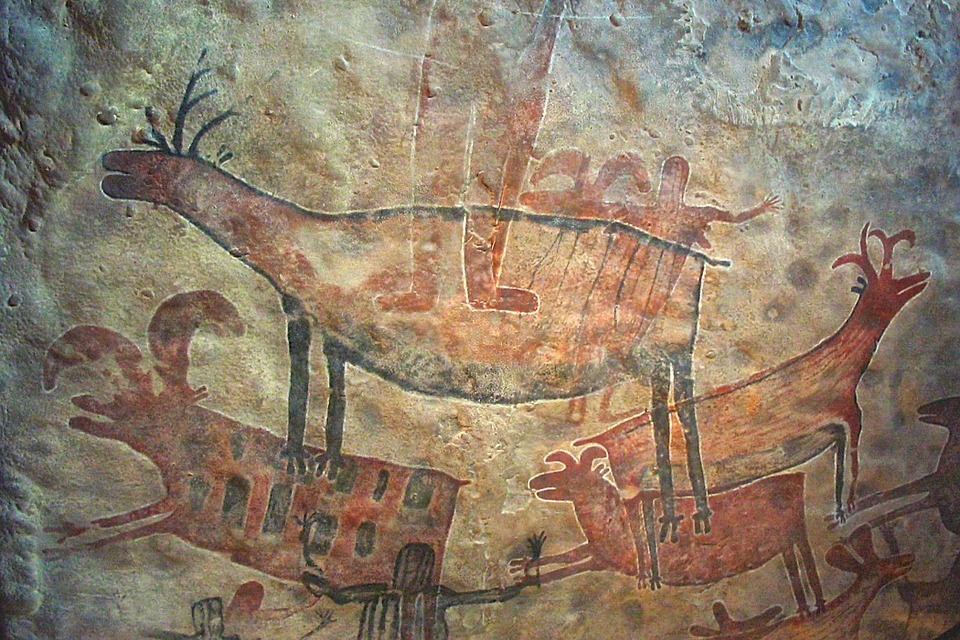 If you’ve been hooked on rock painting lately, we don’t blame you! This fun, creative activity has skyrocketed in popularity in just a short time thanks to the power of social media and the internet, and continues to become a fulfilling way to work your creative muscles by painting whatever you feel inspired by on a small natural canvas.

Whether you choose to do it alone or to fly solo, you can be sure that you will enjoy the creative process. While modern painting uses all kinds of art materials and different types of canvases and tools, the act of rock painting requires not much from the painter. In fact, all the supplies you need are a paintbrush, or paint pens, some acrylic paint, and a sealer to keep your rock weatherproof should you choose to leave it outdoors.

What Are Rock Paintings

So why is rock painting such a fulfilling activity? Well, it has to be said that painting on rock or in caves has been something that our earliest human ancestors have been doing since 40,000 years ago.

What does this mean for us in this modern age, putting all kinds of designs from a simple Mickey Mouse to a complex mandala onto a small rock that you can hold in your hands? Well, first, we’ll have to explore what cave paintings actually are.

What are cave paintings?

Cave paintings are prehistoric pieces of artwork made by our oldest human ancestors, who used to reside in these caves for shelter, protection and warmth. These paintings are usually depictions of animals, but in other cases, these paintings can be anything from symbols to engravings, to drawings of daily lives, and to one of the most famous prehistoric artworks yet – the human palm (or a large collection of them).

Some of the most well-known cave paintings have been found in the Pyrenees regions, which are the areas that cover the north of the Iberian peninsula and the south of France. In saying that however, it is worth remembering that prehistoric societies developed all over the world individually, with their own forms of art and establishment of culture and shared beliefs in the community. The Pyrenees caves mentioned above are just a small example of the many cave paintings found (and are still being discovered) today.

Why were cave paintings made?

Experts believe that the most popular reason those cave paintings were made was to allow our human ancestors to communicate with spirits around them. The belief that they shared a connection to the spirits and the physical world around them probably prompted them to draw images, symbols, and depictions of their daily lives and the things they see on the walls of their cave dwellings.

In fact, the belief that spirits reside among us are not that much different at all from the different religions that unite the people of the world today in their communities worldwide.

Another big reason why cave paintings, especially those that depict animals, were made was to celebrate a successful hunt. For example, if a group of hunters managed to successfully take down a bison, or a wooly mammoth, it would mean that they have a secure food supply for the next couple of weeks.

This was a call for celebration, and it seems only natural that such hunters would draw images of the defeated bison, in order to absorb the spirit and strength of the deceased bison so that their next hunts would be just as successful. They were big believers in a kind of animistic magic, and drawing animals on their walls was probably believed to ensure that the fertility of their herds remained in abundance so that their communities would never starve.

When it comes to rock painting, it’s safe to say that the scale of painting colorful designs on small rocks is no match for the big and historical characteristics of cave art made by our human ancestors tens of thousands of years ago.

However, if we look really closely, we can actually start to realize that when we go down to the granular level, the root of cave painting and rock painting is pretty much the same. Cave paintings were made to communicate the shared beliefs of a particular cave-dwelling community, much like how rock painters share their belief in spreading kindness by painting and sharing rocks with positive, uplifting messages with strangers for them to enjoy.

Cave paintings were also used by our human ancestors to depict the scenes of daily life in the particular point of time they were in, and for rock painters, we paint designs that are reminiscent of the things we can see, that we know, and that we hear about in our current world today, albeit with slight variations in recognizable symbols and objects from generation to generation.

The world beyond rock painting

Rock painting has taken over the world, with social media being populated with rock painting groups posting their creations and kind words with strangers all around the globe, and creating new, genuine friendships in the process.

When cave paintings were first discovered, they soon became a worldwide sensation, opening up the door for archeologists to dive deeper into the lives of our paleolithic ancestors and their belief systems and the dynamics of their respective communities.

In a similar vein, the beautiful rock paintings that we create also have the potential to become artifacts of our current time in the distant future – where, like cave paintings that are still being discovered today, researchers try to uncover and decipher the designs on tiny rocks and what they mean. This is a very interesting theory, but one that is not implausible.

So what does this mean for us as rock painters? Well, keep painting and spreading positivity! As cave paintings from the distant past have shown us, art transcends language, time, and cultural boundaries – so keep creating your rock painting art, and who knows – someone might pick up your painted rock 20,000 years from now and spark an archaeological study about a long-forgotten era. Now, that’s cool!